If You’ve Been Asked To Serve As Trustee, Here’s What You Should Know

What Business Owners Should Know About Non-Compete Agreements 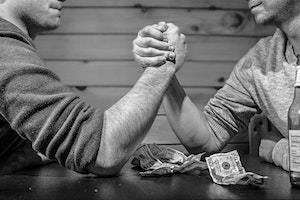 Non-compete agreements are commonplace in today’s workforce, though some are enforceable and some are not. According to reports from the U.S. Department of the Treasury, roughly 19 percent of American workers, or 30 million people, are currently covered by non-compete agreements.

While non-compete agreements are fairly widespread, they’ve come under fire lately in the courts as being unfair to employees and imposing overly harsh restrictions on competition and innovation. Indeed, some states deem non-competes unenforceable, and in others, they can only be enforced if they meet strict requirements.

In light of this increased scrutiny, we’ve detailed here exactly what these agreements are designed to do and what conditions must exist to ensure they’re legally valid and enforceable. Armed with this information, business owners should be more capable of deciding whether or not their employees need to sign non-compete agreements.

What is a non-compete agreement?

A non-compete agreement is a legally binding contract between an employer and an employee that seeks to restrict the employee’s ability to compete with the employer once the employment relationship has ended. The restrictions typically cover a set period of time and a specific geographic region.

Non-compete agreements are designed to prevent an employee from leaving your company and taking a new position with a competing company—or starting their own company—and using your proprietary company information to compete with you.

Because there is no federal law governing non-competes, the rules covering how these agreements work is left up to the states. And the manner in which they are enforced varies widely depending on the state.

For example, California considers employee non-competes totally unenforceable and will only consider enforcement if it involves the sale of a business. Beyond California, roughly one-third of all states impose some level of restriction on the enforceability of non-competes.

Since enforcement of non-competes varies so much between states, it’s important that an agreement be tailored specifically to meet your state’s requirements. This is even more important if your company does business in more than one state, as you should have different agreements for each state to reflect their unique laws.

Balancing the rights of employers and employees

n order to be legally valid, the terms of a non-compete agreement should seek to protect your company’s legitimate business interests without harming the employee’s ability to make a living once their employment has terminated.

When challenged, the courts typically scrutinize three elements of a non-compete. To be considered legally valid, a non-compete must:

Protecting legitimate business interests: When creating a non-compete, you should consider what you’re trying to protect with the agreement. Most companies use non-competes to prevent an employee from sharing confidential company information, or trade secrets, with a competitor.

However, for the information to be deemed a trade secret, courts look at whether or not that information was clearly identified as confidential and what steps the company took to protect it. What’s more, you should ensure that an employee actually has access to confidential information before making them sign a non-compete.

Indeed, non-competes should generally target high-level employees with ready access to sensitive company information, rather than using them as a blanket policy for all employees.
​

But if an employee is asked to sign the non-compete after working for the company for some time, courts will often invalidate the agreement if the employee was not offered some payment (raise) or other benefit (promotion) in exchange for signing.

Reasonable scope, geography, and time: In order to be upheld in court, a non-compete agreement that has restrictions on where and for how long an employee is forbidden from competing with your company must be reasonable. For example, the agreement cannot bar an employee from working indefinitely or within the entire U.S., since this would place unreasonable hardship on the employee’s ability to make a living.

What’s considered “reasonable” depends greatly on the type of business, industry, and location. For example, business owners have the right to restrict competition in the immediate area where they operate, but they cannot forbid an ex-employee from operating a similar business in a distant region, where the former employer doesn’t do business.

Because striking a balance between protecting your company’s business interests and not unfairly restricting an employee from earning a living can be quite challenging, you should contact to help you draft all non-compete agreements.

We’re experts in state contract law, so we’ll know the specific requirements that must be met in your particular area of operations. Moreover, we’re experienced in drafting non-compete agreements that will keep you out of court by offering maximum protection for your business without imposing unreasonable restrictions on your team.

We offer a complete spectrum of legal services for businesses and can help you make the wisest choices on how to deal with your business throughout life and in the event of your death. We also offer a LIFT Start-Up Session™ or a LIFT Audit for an ongoing business, which includes a review of all the legal, financial, and tax systems you need for your business. Call us today to schedule. Or, schedule online.

Legal Disclaimer: The legal information presented at this site should not be construed to be formal legal advice, nor the formation of a lawyer or attorney client relationship. Any results set forth herein are based upon the facts of that particular case and do not represent a promise or guarantee. Please contact a Family Business Lawyer for a consultation on your particular legal matter. This web site is not intended to solicit clients for matters outside of California.